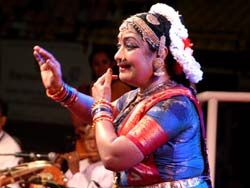 In her performance, lasting over an hour, she seamlessly and elegantly performed a variety of ancient dances, accompanied by a small group of musicians and vocalists. Dr. Subrahmaniam’s vast knowledge of traditional Indian dance allows her a wide range of dance styles. She performed: “Bharata Nrityana,” a 2000-year-old dance from Karnataka performed in praise of Durga Devi; “Sri Shakti,” a remarkably subtle and complex dance blending concepts of masculine and feminine attributes, originally choreographed for the United Nations “Mira Varnum,” a representational and abstract work exploring the devotion of Queen Mira to Lord Krishna; ”Namah Shivaya,” a salutation to Lord Shiva; and “Kashmiri,” an ancient dance from Kashmir which was composed and choreographed from the descriptions that an elder Kashmiri woman personally described to her. She dedicated this last work to the Kashmiri people, who she hopes “will one day live in their country free from fear and terror.” Dr. Subrahmaniam’s performance was accompanied by an equally extraordinary group of classical Indian musicians and vocalists, who rose to the divine occasion with their polyrhythmic percussive beats, evocative sombre voices and thrilling, cohesive playing. Dr. Subrahmaniam’s dramatic and subtle gestures brought to light the flow and majesty of the 108 basic karana postures, which are usually depicted as static poses, dancing them as a single flowing piece. While Dr. Subrahmaniam is considered an “institution in herself” and has been the recipient of every award there is for a dancer in India, she does more than carry forth the traditions of ancient and modern dance. She dedicates herself to her art—creating new music, directing her own dance studio, which provides scholarships to underprivileged students and produces scholarly papers for the seminars she conducts worldwide. 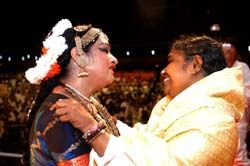 She exemplifies the traits of ancient Indian art, combining the dedication to craft with devotion to spiritual achievement. She is, like all of the performers enjoyed during Amritavarsham50, carrying forth the ideal of Amma’s mission—to preserve and renew our worldwide cultural heritage with the ideals of love. “When Amma received the “Gandhi-King Award for Non-Violence,” I danced there on that evening. I think I was the first one to greet Her when She came off the stage. I really felt proud to be an Indian then.” — Dr. Padma Subrahmaniam. 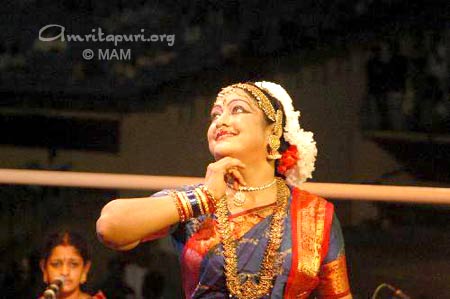 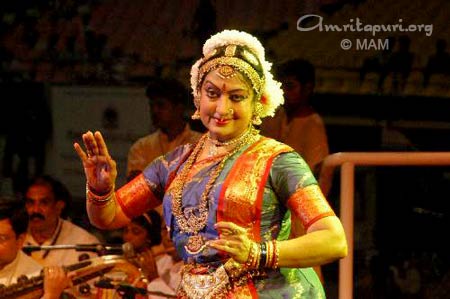 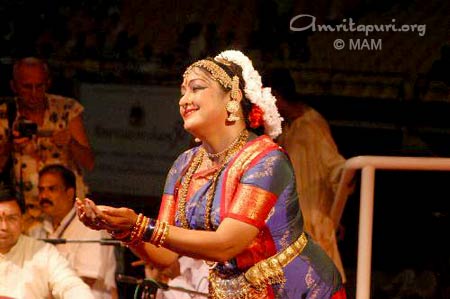 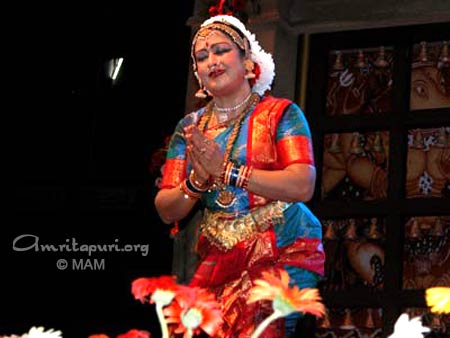 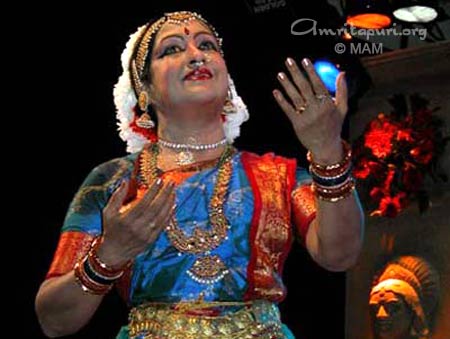 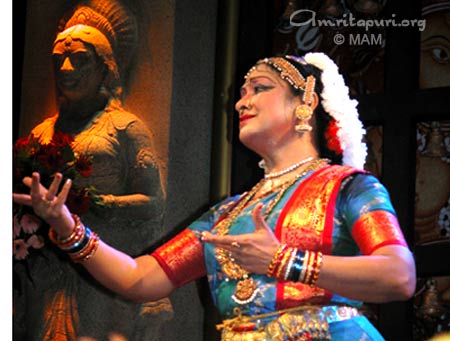 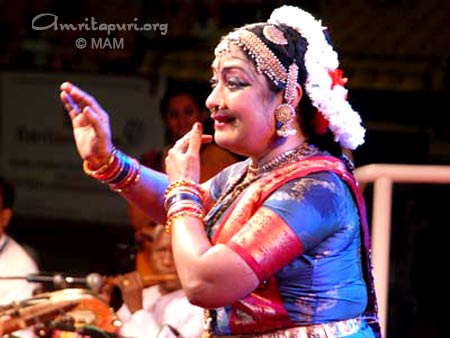 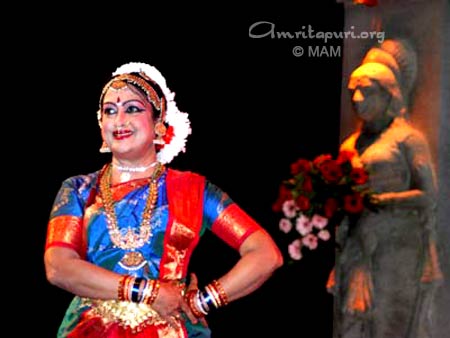 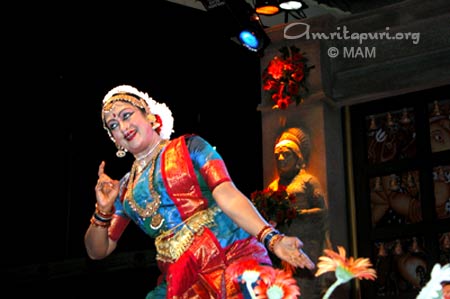 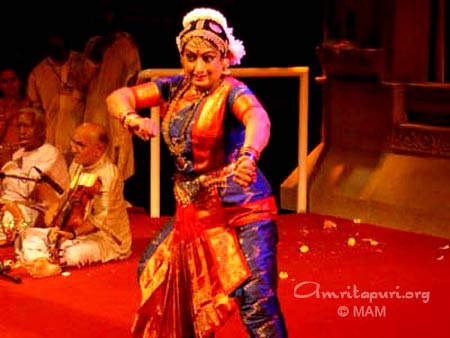 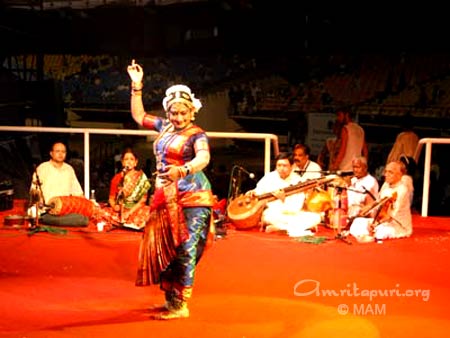 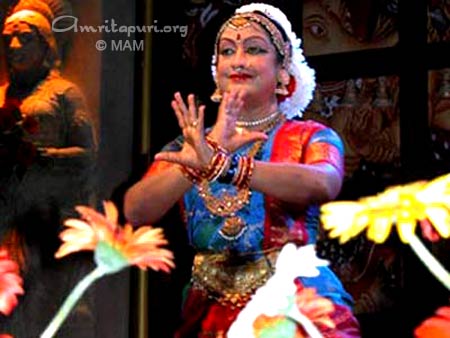 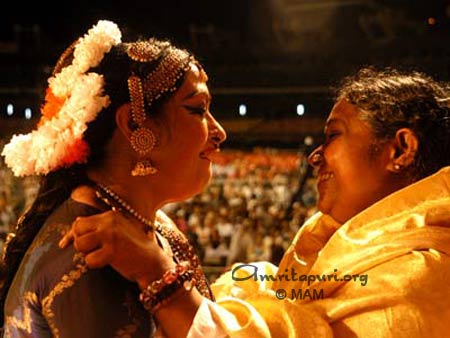