“If Nature Is Our Mother, How Do We Protect Her?”

Nature is neutral. Man has taken from nature the power to make the world a desert or to make the deserts bloom, “There is no evil; only in man’s soul!”

You drive down the national highway, it is exciting, with 4 to 6 high-speed lanes. Have a look around, a large number of trees, giant they were once, are uprooted now. You drive down the city, finding a place to cross the road is difficult when it is red on the traffic signal, it is but a danger for life with suffocating emissions. When it is summer, it is hotter than ever before. Water to drink? When there are no tears in the eyes! It is rainy season now, but it is dry everywhere.

Increasing population, rapid urbanization, industrialization and excessive automation has generated pressure on our natural resources and led to a degradation of the environment such as heavy erosion of soil, famine, erratic rainfall and recurring floods. Rising numbers, limited means, where are we heading to? The situation is deadlier than ever before. Is nature taking revenge, or is man in a race with nature? The communities of nature are rapidly being replaced by man-made communities. Thus, the principles that govern the communities of nature are being destroyed. Can we conquer nature? No! We need to learn more to work with nature, if man-made communities are to survive.

The environment is a sphere of living organisms that lie at the interface between the lithosphere, the hydrosphere and the atmosphere. We must learn to control and adjust the balance in nature. Environment has a rhythm and notion of its own. There are the energy cycle, heat cycle, carbon cycle, oxygen cycle, nitrogen cycle, which give a rhythm to our environment. We must tune our lives to its rhythm. Hence, it is absolutely necessary that these cycles must be maintained. 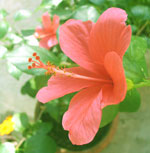 The Stockholm Conference in 1972 adopted the motto “Only One Earth” for the entire humanity, and pledged to protect the environment. June 5th was declared as World Environment Day at this conference. Even in India, there have been a number of environmental movements such as Chipko Movement, Silent Valley Movement, etc. Since the Vedic times, we, in our country, consider rivers as “divine and holy” and give them the status of a Mother. When we say so, then maintaining sanctity, serenity and purity is nothing, but our natural responsibility. Every human being must volunteer and pledge to protect the environment and the earth. We cannot work in isolation. It should be a collective gathering at the global level. One such commendable effort is: (Kids F.A.C.E.) Kids for a Clean Environment. It is the largest children’s organization in the world. It was started in 1989 by a nine-year-old girl named Melissa Poe. All the school children must get associated with such organisations to ensure a viable environment for our future. There should be a compulsory subject on the environment and its protection; at every level of education. It should be considered as Value of Life and not a mere subject.

Every law on our Earth must declare protection of environment as the fundamental duty of every citizen (of every country). Wildlife protection acts, air-and-water and other such acts must be implemented strictly. If nature is our Mother, how do we protect Her? These thoughts are just the beginning, and here I remember: